What knifemakers need to know about CITES

When you working with a piece of exotic hardwood or the fancy skin, horn, or bone, the nice piece of shell for inlay…… Do you ever give it a thought? Does it come from an endangered species?

Sending knives around the world with protected wood, ivory, and other animal-derived products has always been problematic and remains so. As such it pays to be fully informed on what you can and cannot import or export. It is best to consult the relevant bodies if unsure.

The below information has been compiled to inform and help fellow knifemakers be aware of the status of the materials they use, may use in the future, and what implications can result if proper procedures aren’t followed.

A big thank you goes to Etienne Du Plooy from Prosono for providing information for this article. Etienne works closely with both CITES and South Africa’s Department of Agriculture, Forestry and Fisheries (DAFF) for nature conservation and permits.

CITES states that their main goal is to optimize the documentation of legal trading routes and to make the reforestation of the current population of threatened plants more sustainable.

Species are listed in the three CITES Appendices. The species are grouped in the Appendices according to how threatened they are by international trade. To find more details of the CITES species, you can search the CITES-listed species database and the Checklist of CITES species.

Note that a listing generally means that trade of the raw wood, either in log, board, or veneer form, is restricted. On some species, the restriction is even greater and includes even finished products made of or including a protected wood: one of the most common instances of this is with guitars made of Brazilian Rosewood. In these instances, it is illegal to take such items across international borders without a proper export permit.

What is the IUCN?

Founded in 1948, the International Union for Conservation of Nature (or IUCN for short) is both the oldest and largest network dealing with global environmental issues. Perhaps most notably for knifemakers, the IUCN publishes what is known as The IUCN Red List of Threatened Species™.

Species included on the Red List fall into one of three categories:

It should also be noted that one unintentional shortcoming of the Red List is that it only considers the risk of extinction; broader issues dealing with habitat destruction or deforestation are not considered.

In terms of section 15(1) of the National Forests Act, 1998, no person may cut, disturb, damage, or destroy any protected tree; or possess, collect, remove, transport, export, purchase, sell, donate or in any other manner acquire or dispose of any protected tree or any product derived from a protected tree, except under a license or exemption granted by the Minister of Agriculture, Forestry and Fisheries.

Contravention of this declaration is regarded as a first category offense that may result in a person who is found guilty of being sentenced to a fine or imprisonment for a period up to three (3) years, or to both a fine and imprisonment.

Why does trade need to be restricted?

The trade of timber is a billion-dollar business. Due to the excessive use of various species, they became endangered, which is exacerbated by illegal trade and smuggling has led to substantial harm to woodland ecosystems.

As a result, it leads to the destruction of forests around the world. The CITES trade regulation is the ideal solution for this problem. This reduces the availability of restricted species, at the same time importers and exporters have to go through formalities with Cites and Customs regulations to make sure they purchased the timber legally. Granted it does little to curb the illegal trade of restricted wood.

There are countless other international or domestic regulations (European Timber Regulation (2010), Australian Illegal Logging Prohibition), bans, and Acts (U.S. Lacey Act (amended, 2008)) around the world that specifically govern the sourcing and trade of timber in order to protect forests or to bolster domestic timber industry.

As such whilst knifemakers should be knowledgeable of CITES before exporting their knives, knowledge of the local restrictions is also advantageous as they can govern inter-provincial movement and or possession of a particular species.

Below is a list of popular hardwoods used by South African knifemakers. If a specific wood this not listed below, it does not mean it is not protected nor subject to certain controls, it just hasn’t been included and you should check with CITES and or local departments, as to its status.

If you believe it should be added, comment below or send me a message and I’ll add it.

There are many other hardwoods being sold under various names depending on dialect, in both local and international markets. As a knifemaker, it’s tempting to use any beautiful wood to accent a knife, but it’s always worthwhile to do your homework on it at the same time.

Your choice of supplier can play a big role in your success as a knifemaker. Not only do they supply you with beautiful wood & materials, but as per the above (required documents, traceable sources, etc), provide you with the ability to sell and market your knives internationally.

If you are selling knives in local markets, then most of the legal requirements have been completed by the timber merchants themselves. However, if you are buying from an independent seller, you may want to double-check that they aren’t selling illegally harvested protected species and have the necessary government permits.

Animal-derived materials (is any material derived from the body of an animal)have been used by mankind for centuries, for tools, ornaments however with increasing human pressure (habitat loss, hunting, civil unrest), many animals are under severe pressure to simply survive within their remaining natural habitats.

The word “ivory was traditionally applied only to the tusks of elephants. However, the chemical structure of the teeth and tusks of mammals is the same regardless of the species of origin, and the trade-in of certain teeth and tusks other than elephants are well established and widespread. Therefore, “ivory” can correctly be used to describe any mammalian tooth or tusk of commercial interest which is large enough to be carved or scrimshawed.

As of December 2021 the European Union has updated it’s stance to take further action against elephant poaching and ivory trafficking globally which effectively bans most forms of EU trade.

Wood and Ivory certainly have their own intrinsic beauty that is hard if not impossible to replicate through man-made materials.

A more practical solution is to simply switch to alternative materials that are similar to and sustainably sourced/manufactured. In response to various bans, conservation efforts, some alternative products have been developed to offer similar properties, looks, and functions as the genuine article.

South Africa is a signatory to CITES and, as such, the import into, and export and re-export out of, South Africa’s international borders of any CITES-listed specimens (living or dead) requires the prior issuance of a CITES permit or certificate in terms of the provisions of the National Environmental Management: Biodiversity Act 2004, Act 10 of 2004 – Threatened or Protected Species Regulations, 2007.

Should CITES-listed wildlife or material be imported/exported, without ALL the necessary permits, those goods are subject to seizure, forfeiture and the importers/exporters are liable to prosecution. I have heard that even if the materials are compliant but any of the supporting documents are missing, you can still lose the entire shipment regardless of the ability to provide the missing documents after the fact.

Unless you have the correct CITES documentation, you should not:

The CITES Permit Application costs R400 per application and the goods need to be inspected by the CITES officer in person. Proof of origin (receipt/invoice, previous import permit, affidavit) and previous export/import permits may also need to be included with the application. (chat to your material supplier if needed)

For more detailed information and specific information in your country, please visit the relevant website of the management authority for your jurisdiction. Here is a full list of all the national CITES Management Authorities: https://cites.org/eng/cms/index.php/component/cp

A PDF of the local South African Issuing Authorities (by province) is available [here for download] updated July 2015.

The second-hand knife market is quite established in various parts of the world and potentially overlooked by most knifemakers, yet even it is subject to restrictions where CITES is concerned. Many makers will know of or have experience dealing with pre-ban ivory and the lack of documentation surrounding these items, making them virtually impossible to sell/move internationally or even between states.

As long as a restricted material is a part of the knife, it’s essential to have the export/import documentation accompanying the knife for all future trades/sales (cross border) even after the initial import. While not impossible to track down the old documents again, it’s easier to simply keep them with the original box.

All “local” sales should be fine but if a knife features a protected material, it’s good practice to keep all documentation with the knife for future owners. CITES rules are harmonized within all of the European Union so once an item has been legally imported, owners do not need any original or copy of CITES permits when moving around the EU.

The Role of Knifemakers

It’s safe to say that we can all recognise the impact of human activities has on natural resources. This is usually the point where most will become quite preachy and say that knifemakers should be champions of the environment above all else. However, it’s easy to comply with CITES regulations and still make and sell knives.

Knifemakers who take orders from international clients (need to export/send knives outside of South Africa) are potentially more susceptible to encountering CITES-protected materials, however, being informed and having an honest discussion with the client about the regulations surrounding certain materials is always a good starting point. Once the client has been made aware of the regulations, they will most likely want to avoid future hassles as well and will be open to switching to a different or alternative material that is not so much hassle.

This all seems a bit of a rigmarole but let’s remember that the overriding aim of the Convention is the precautionary principle whereby trade in specimens of a species may only take place when the latter has proved to be “harmless” to preserve the species.

We will continue to monitor information from the various CITES Management Authorities and trade channels and report any developments.

Your Guide to Knife Templates 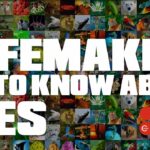 What knifemakers need to know about CITES 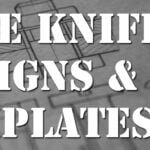 Your Guide to Knife Templates 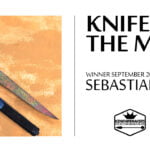 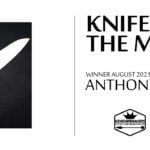 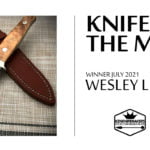 No products in the cart.

Continue Shopping
Manage Cookie Consent
We use cookies to enable this website to function and enhance our service to you.
Manage options Manage third parties Manage vendors Read more about these purposes
Preferences
{title} {title} {title}